Part of my job in BTS Radio UK is to research radio stations, finding out if they could be receptive to playing BTS, while I was happily working my way through the hundreds of radio stations in the UK, Resonance FM was the next on the list and I found K-Pop Journey, a weekly 30 minute show on a Tuesday evening at 10pm.

The show’s tagline is:
“A weekly show dedicated to the phenomenon that is K-pop! Korean presenter Keissi takes you on a journey through different times in a context of K-pop - Korean pop music for those not up to speed - from the 1990s to the present day.”
Research time, I sat and listened to at least 5 of their MixCloud shows in a row and I was struck by the sincerity of the DJ, Keissi, he loves K-Pop and he loves sharing Korean music and Korean culture with his listeners.
Check out Keissi playing BTS on his 16th April show, - www.mixcloud.com Resonance k-pop journey
Keissi is hosting a BTS special K-Pop Journey on June 11th and invited BTS Radio UK to pick some songs for the show, to accompany this event we wanted you to know more about the person behind the show, and were delighted when he joined us for an interview.

Shall we begin with an introduction about yourself? Let our readers know about you and your life before K-Pop Journey.
Hi, everyone. My name is Keissi. I am a radio DJ and a songwriter, and I am originally from Korea. Before K-Pop Journey, I studied arts administration at university, and started working right after graduation, which didn’t have anything to do with music. Did some travelling to think about my future, felt that I should try to work in the music industry and came to London. I asked around to see where would be a good place to work in music, and most of the people I spoke to said I should go to London. I barely knew anyone in London at that time, let alone what the music industry was like there, but I trusted my instincts and gave it a go.
I’ve been writing pop and house tunes with a jazzy flavour. Most of them are something you can dance to, but I also write songs that are minimalist, which strips down to just vocals, the piano, and in some cases, the guitar.
Has K-pop/Korean music always been a big part of your life?
Yes, and it is especially true with the 90’s when I grew up in Korea. I brought my Walkman wherever I went. I religiously watched music TV channels such as Mnet and KMTV and practised choreography of idol groups. I went to many gigs including Dream Concert. I also went to a karaoke (“noraebang” in Korean) every week with my friends and family to sing our favourite songs. I felt music has this indescribable energy that transforms people. That was when I decided to do something related to music with my life.
Was it a hard decision to pursue your dreams, rather than follow career/life expectations of others, or were the people around you supportive of your choice of a life in music?
Yes and no. Half of those around me were very supportive of my choice to pursue my dreams, but the other half, including my mum, kept telling me to be realistic. Personally, the decision itself was easy – I was certain that I was meant to do something related to music. However, I have had my day job just to support myself because living in London can be financially challenging.
K-Pop Journey began on Resonance FM in January this year, was this your first radio show?
K-Pop Journey is not my first radio show. When I was at university I had my first radio show, which was in the middle of the night. I only played songs and didn’t talk at all. In 2011, I was a guest personality for a show on an English-speaking radio station in Seoul called TBS eFM. My role was to introduce K-Pop songs and useful Korean expressions from those songs.
What inspired you to create a radio show to introduce k-pop to the UK?
When I talk to my friends or meet new people in London, they often mention and ask about K-Pop. I was also aware that more and more people in the UK are becoming interested in K-Pop. So, I thought it’d be great to create a radio show dedicated to K-Pop, hopefully on the FM radio so that it’s easy to access for the locals. I have had experience presenting K-Pop songs before and wanted to continue to engage myself in music in addition to my song writing, so it was perfect. Soon after I had this thought, I prepared a pitch for the show and e-mailed some radio stations based in London.
Did you meet any resistance to your show when presenting the idea to radio stations?
Surprisingly, there was no resistance at all. One of the radio stations that got back to me had scheduling issues with their studio that wouldn’t allow me to start the show when it was ideal. On the other hand, Resonance FM replied with a positive news, and I had a meeting with them and agreed to start the show in January this year.
What kind of response have you had from Resonance FM listeners?
They say my show is very different but enjoy it. I think it’s because Resonance FM features a lot of experimental, non-mainstream music (I recommend you all to check out Resonance FM). Imagine hearing it and then suddenly hearing a heart-pumping, high-tempo K-Pop song a minute later! 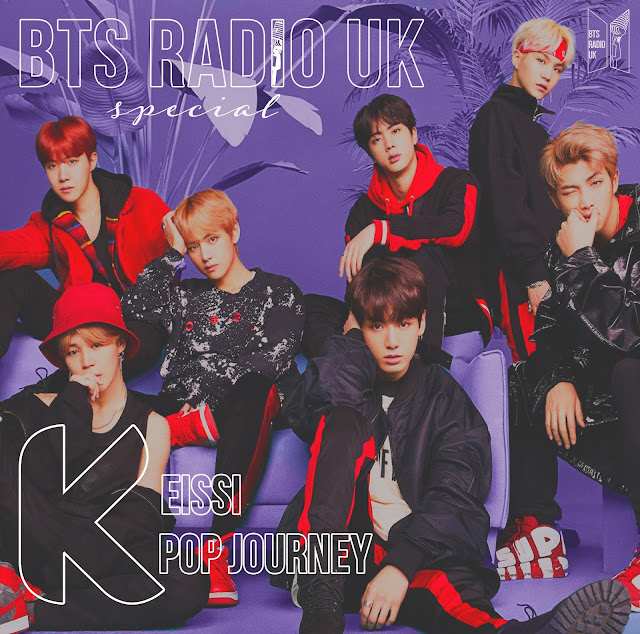 Would you have any advice for any aspiring radio dj's starting out in the industry? Any personal experiences that have helped you along the way?
Talk as if you are talking to one person. This is a tip from my friend who works in the radio and it works for me. Also, do what you love and believe in what you do!
How do you choose which artists to play on your show each week? Are they songs you feel a connection with or is it a bit simpler than that?
I choose artists and songs in a way so that different times from the 90’s up to current are represented. I also try to introduce artists that aren’t well-known, provided that their music is good and can contribute to the variety of the songs played in the show. Yes, I feel a personal connection to some of the songs, especially those from the 90’s because I grew up listening to them. I’m a 90’s kid.
Recently K-Pop Journey headed to London Comic Con, how did it go?
It went well! It was great to showcase K-Pop Journey in front of fans of the Asian culture, and I had fun interacting with the audience. I did my normal 30-minute set first and then played song requests. Some people came up to me and asked questions about the songs played. Also, I received so many requests and couldn't play them all during the second half of my gig.
What is next for you and K-pop Journey? Are there any upcoming projects that you are especially excited about?
I’ll keep writing songs, look for people to collaborate with and hopefully release some of them in a digital format. No ETA on that yet, but I’d love to keep you updated as I make progress.
How far do you agree that music is more powerful than any international borders and whether BTS’ global outreach is significant of that?
I completely agree with the statement. Music has the power to transform people no matter where they are. Thanks to modern technology, it is also very easy for music to travel and to be spread from one place to another in the world nowadays. BTS are doing a great job breaking into the world and show the significance of the power music has on different parts of the world.
Have you noticed a progressive shift of acceptance towards foreign/non-English speaking artists within the music industry? Do you think they are becoming more accepted by radio listeners?
Yes. I see more and more foreign and non-English speaking artists are featured and mentioned on platforms within the music industry. But I feel that this is mainly seen on the Internet, not on the FM radio, where you don’t hear much about those artists.
Do you think that because BTS’ lyrics are in a foreign language and because international fans have the need to read up on the meaning behind them, and they become more invested in the actual production of the song?
I don’t think so. Some might want to invest much in their lyrics, but I believe it all comes down to whether people like your music. Music takes a priority.
What is your position on current trends in popular music around the world?  Do you feel that it has become somewhat repetitive and uninspiring?
There is so much out there, not discovered. Your opinion on popular music, or anything, will depend on the kind of popular music you have been exposed to so far. If you look harder, you will find diversity within it. In that regard, I recommend you to listen to Nigerian pop music. It will be an “ear-opener.”
BTS are helping to raise the profile of Korean music in the UK, what do you think this will mean for the future of other Korean musicians, will their attention shift from not only making their mark in the US but to also include the UK and Europe, is this even a priority for other Korean music artists?
Thanks to BTS’ outreach in the UK, so many people here now have heard about them and are curious of K-Pop. This means the UK audience is becoming more open to K-Pop, and it will be easier for other K-Pop artists to break into the UK. In other words, you might start listening to BTS only, but you could end up going to Hyolin’s concert because you would have been exposed to different kinds of K-Pop music along the way. That sounds random, but it’s possible. The US is still regarded as the ultimate place to go for, but I believe it’s important to grow your fan-base globally.
What are your thoughts on BTS’ raising the profile of Korea to the world, are Korean’s as a nation, proud of BTS’ global accomplishments?
As a Korean, I’m very proud of BTS’ global accomplishments. All the Korean people I’ve spoken to, whether in the UK or in Korea, feel the same.

Thank you Keissi for making time to answer our questions.
To listen to Keissi’s K-Pop Journey tune into Resonance FM every Tuesday at 10pm or at 4pm on a Thursday for the re-play.
Past episodes can be found at Resonance FMs MixCloud account, see link above.
You can also find them on Facebook, like and follow K-Pop Journey updates, playlists and news at the following link: @kpopjourneyradio
Make sure to tune into the K-Pop Journey special at 10pm on the 11th June on Resonance FM, keep an eye on BTS Radio UK’s social media for updates and reminders. 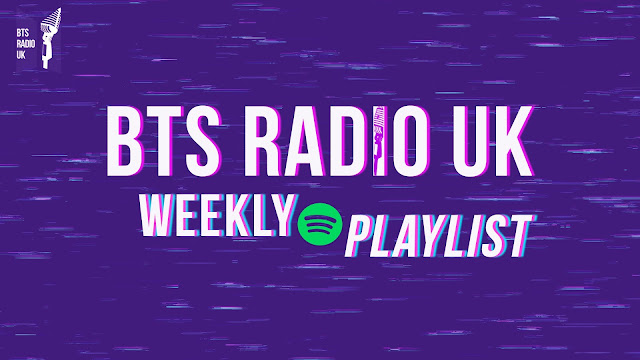 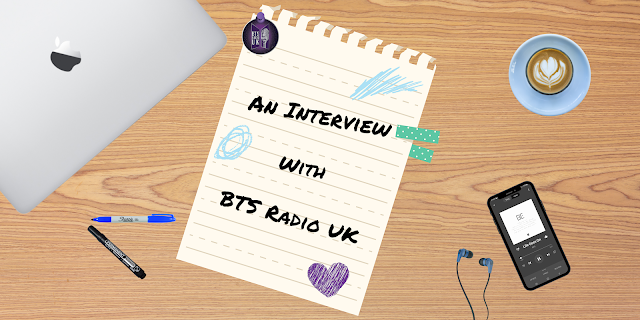